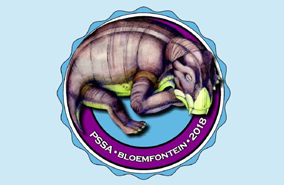 The National Museum is proud to be hosting the 20th Biennial Conference of the Palaeontological Society of Southern Africa (PSSA) from 4-6 July 2018. It is the largest palaeontological meeting in southern Africa and attracts scientists from all around the globe. This year more than 80 scientists from seven countries will be presenting their latest, exciting research from 260 million year old insect-plant interactions and the transition from fish to amphibians, to early dinosaur and pre-mammalian palaeobiology, and the evolution of endurance running in the first humans.

Many exciting fossil discoveries have been made and considerable new important research conducted since the PSSA was last held in Bloemfontein in 2002, making the National Museum the ideal venue for the 20th PSSA in 2018.