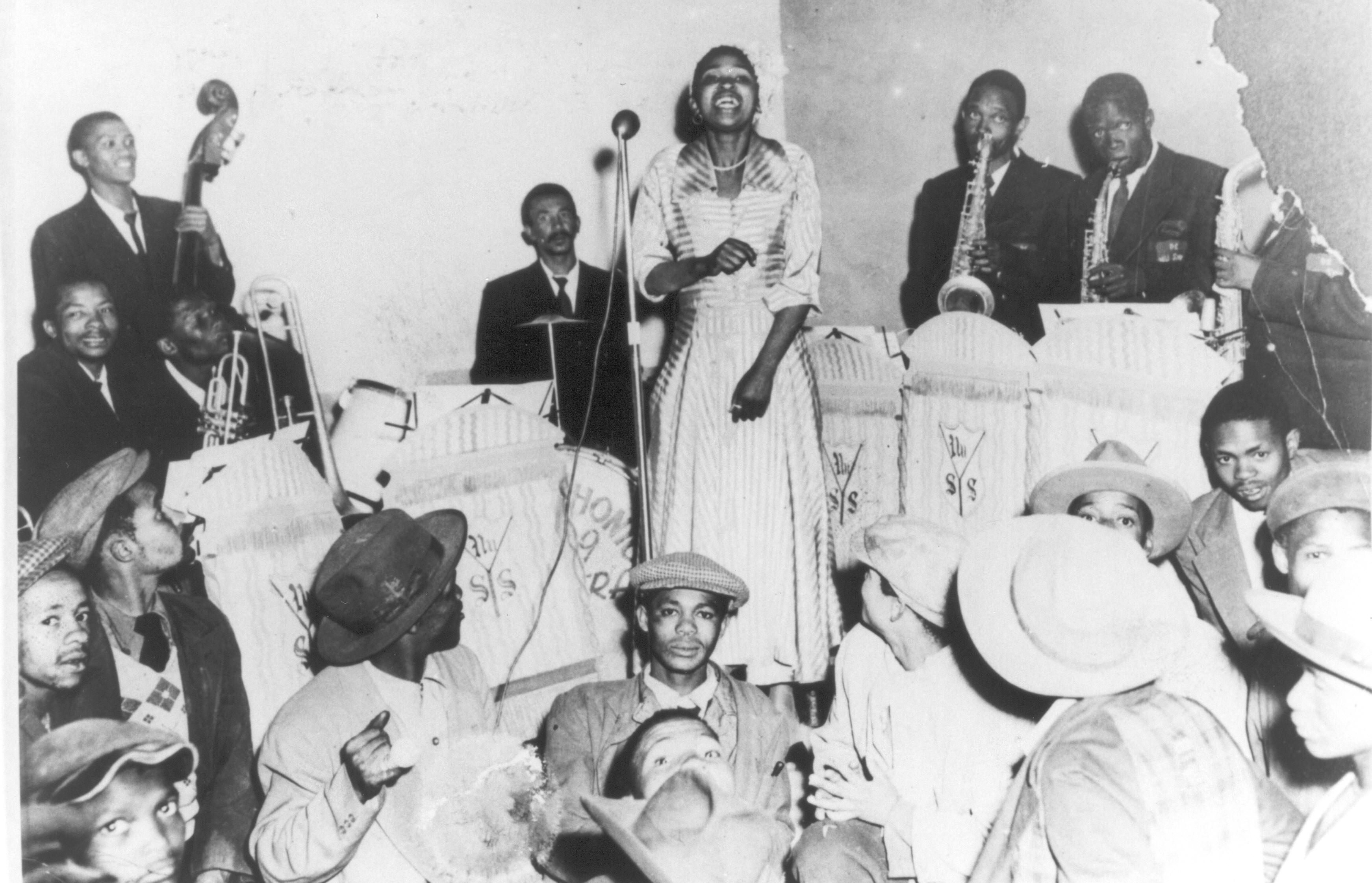 One of the joys of working as an oral historian at the National Museum is the opportunity to interview people about Mangaung’s past. Most of the people who are interviewed for the museum’s oral history projects are elderly people who possess a wealth of information on local history. One of the people I have interviewed for the Museum’s Batho Project is Rev. Shadrack Papane. Until his retirement Rev. Papane was the full-time pastor of Emmanuel Anglican Church in Rocklands, Mangaung, for many years. Rev. Papane was born in 1933 during the time of the Great Depression.

He spent most his childhood years in Batho where he lived with family members in Rubusana Street. This street is situated in the historical Rantjies section of Batho, which is not far from Thomas Mapikela’s landmark house in Makgothi Street.

At the time of the interview Rev. Papane could remember how the jazz and swing music craze of the 1950s and 1960s has taken Mangaung by storm. Taught by his cousin, Joshua Papane, Rev. Papane mastered the trumpet so well that he later played in one of the local jazz bands that performed in Batho’s Community Hall. Rev. Papane recalled most of the jazz bands and singing groups that performed in the Community Hall, including the Symphonaters, the Gay Rythm Swingsters and the Harlem Swingsters. Some of Johannesburg’s and Cape Town’s most popular bands performed in the Community Hall. Rev. Papane also remembered the popular musicians and vocalists of that time, such as Monyatsi Lebere, Ithumeleng Sebela, Zakes Nkosi, Dolly Radebe and the well-known Miriam Makeba. Rev. Papane remembered how he personally met Miriam in Johannesburg shortly before she went into exile. He was so touched by that moment that he could still remember the exact words with which he was introduced to her: “Miriam Makeba, meet Papane of Bloemfontein!”

For Rev. Papane and many Mangaung residents, enjoying jazz music and dancing was not merely an important part of their social lives but, in fact, it was a way of coping with the stark reality of being a black person in apartheid-era South Africa. During weekends the Community Hall came alive with music that could be heard from afar. In the Community Hall and elsewhere in Mangaung’s townships people often danced well into the early hours of the morning. However, dancing through the night was not allowed outside the townships because an evening curfew was enforced by Bloemfontein’s notorious platkeps (municipal police). This curfew meant that all people of colour had to be in the townships not later than nine o’clock at night; failing to do so meant the possibility of arrest and spending the night in jail. Rev. Papane remembered the dreaded curfew bell which rang at quarter to nine pm and what it meant for those who found themselves outside the townships: “As quarter to nine slaan dan weet jy dan moet jy vlieg, ou broer, dan moet jy vlieg!” (“When the clock strikes quarter to nine you must fly, my brother, you must fly!”).