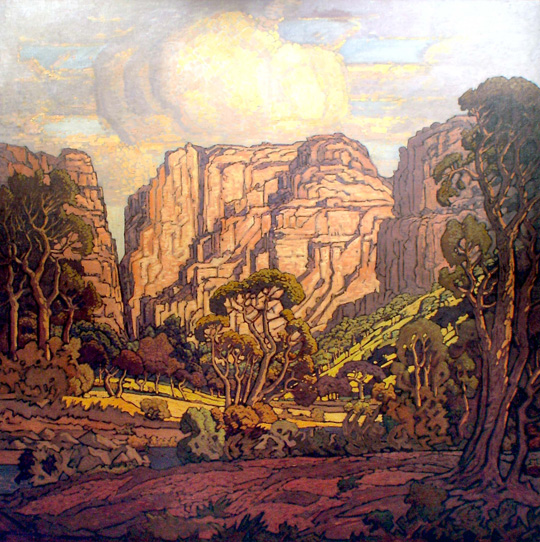 A considerable number of works have been acquired through donations and bequests; outstanding among these is a collection of works from the City Council of Bloemfontein. This collection, which was ceded to Oliewenhuis Art Museum in 1989, together with artworks from the National Museum’s Permanent Collection, formed the nucleus for the future Art Museum worthy of the Free State Provincial capital.

Twenty four works (two from each of the twelve members of the Bloemfontein Group), referred to as the F.P. Scott Trust, were held in trust by Mrs. Dora Scott (art lover and Honorary Curator of Oliewenhuis) with the understanding that as soon as Bloemfontein could boast a Provincial Art Museum these works would be donated to that institution.

This collection, which includes works by Marianne and Alexander Podlashuc, Father Frans Claerhout, Stefan and Iris Amenberger and Mike Edwards, was officially handed over to Oliewenhuis Art Museum on 22 March 1988. This collection, which has a predominantly regional flavour, is a manifestation not only to the Group’s commitment and contribution to art in the Free State, but also of the meaningful contribution these artists made to the establishment of Oliewenhuis Art Museum in Bloemfontein.

In addition, a large collection of works donated by the Haenngi Foundation (as a result of the demise of the Pelindaba Museum of African and Modern Art (PELMAMA)) has assisted the Museum in building a core collection representing works of some of South Africa’s most celebrated artists.

Museums countrywide are finding it more and more difficult to source funds to acquire works of art. Publicly supported organisations such as the Friends of Oliewenhuis and Fractal (an ad-hoc committee of the Friends of Oliewenhuis) are becoming more and more important in raising funds to sustain the Museum’s ability to maintain the growth of the collection. With their support, the Museum has over the past few years been in the position to acquire some major works to complement its collection. 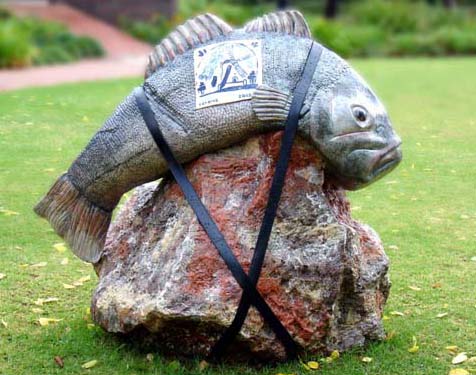 In 2003 Oliewenhuis Art Museum received funding from the National Lottery Distribution Trust Fund for a project involving sculptors residing and working in South Africa, who were invited to submit proposals for sculptures to be permanently installed in the Museum gardens.  The final selection took place during June 2004 and eleven sculptors were commissioned to produce sculptures for this project. These artworks now form the Sculpture Park, situated in the garden behind the main building. 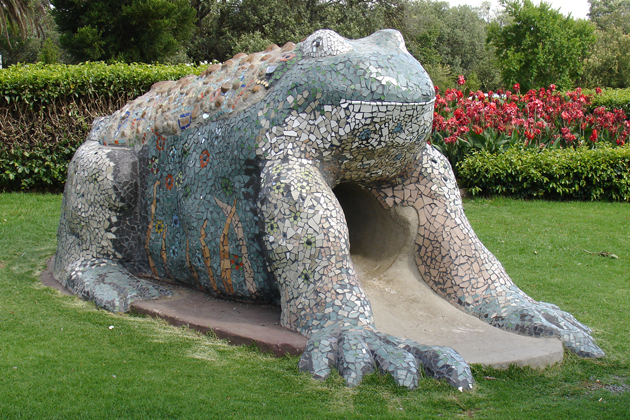 During November 2008, fourteen Mangaung residents (with various artistic abilities and experience) were selected to participate in the Cement and Mosaic Project at Oliewenhuis Art Museum. The first phase of the Project entailed participants attending a workshop under the expert guidance of Museum Artist, Liz Ranger, where they were introduced to the use of cement and mosaic as a medium. During the workshop phase, participants created and decorated handmade ceramic tiles. After this introduction, they submitted maquettes to the Advisory Committee of Oliewenhuis Art Museum, who selected five sculptures to be erected in the gardens.

The objectives of the Project were as follows:

This Project was made possible through financial assistance from the National Department of Arts and Culture.

Oliewenhuis Art Museum would also like to thank 56 Street Advertising, The Friends of Oliewenhuis, Schaumann Builders and Real Landscapes for their assistance and contributions to the Project.