The First Raadsaal, the oldest remaining building in Bloemfontein, is a satellite museum of the National Museum. The history of the establishment of the Free State is depicted here.

The British Resident, Major H.D. Warden, built this typical South African pioneer building in 1849. It was the first school building north of the Orange River; it served as a church until 1852; it was used by the Legislative Council of the Orange River Sovereignty and, from 1854, by the Republic of the Orange Free State as Assembly Hall and offices. When the Assembly moved to larger premises in 1856, the building reverted to its original use as a school until 1877.

The National Museum was founded in the First Raadsaal in 1877, where it was housed until 1915. To accommodate the growing Museum collections, a western wing was added in 1885 and an eastern wing in 1891. The western wing was demolished in 1970. The building was vacated in 1915 when the Museum moved to its present premises in Aliwal Street, and it was then used variously as a church, offices, a store room for locust poison and a recreation hall. It was proclaimed a National Monument in 1936.

The First Raadsaal was made available to the Museum by the Government in 1975 to be restored in its original historical context. The restored First Raadsaal Museum was opened to the public on 20 July 1977, exactly 100 years after the founding of the National Museum in the same building. 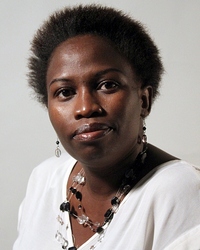