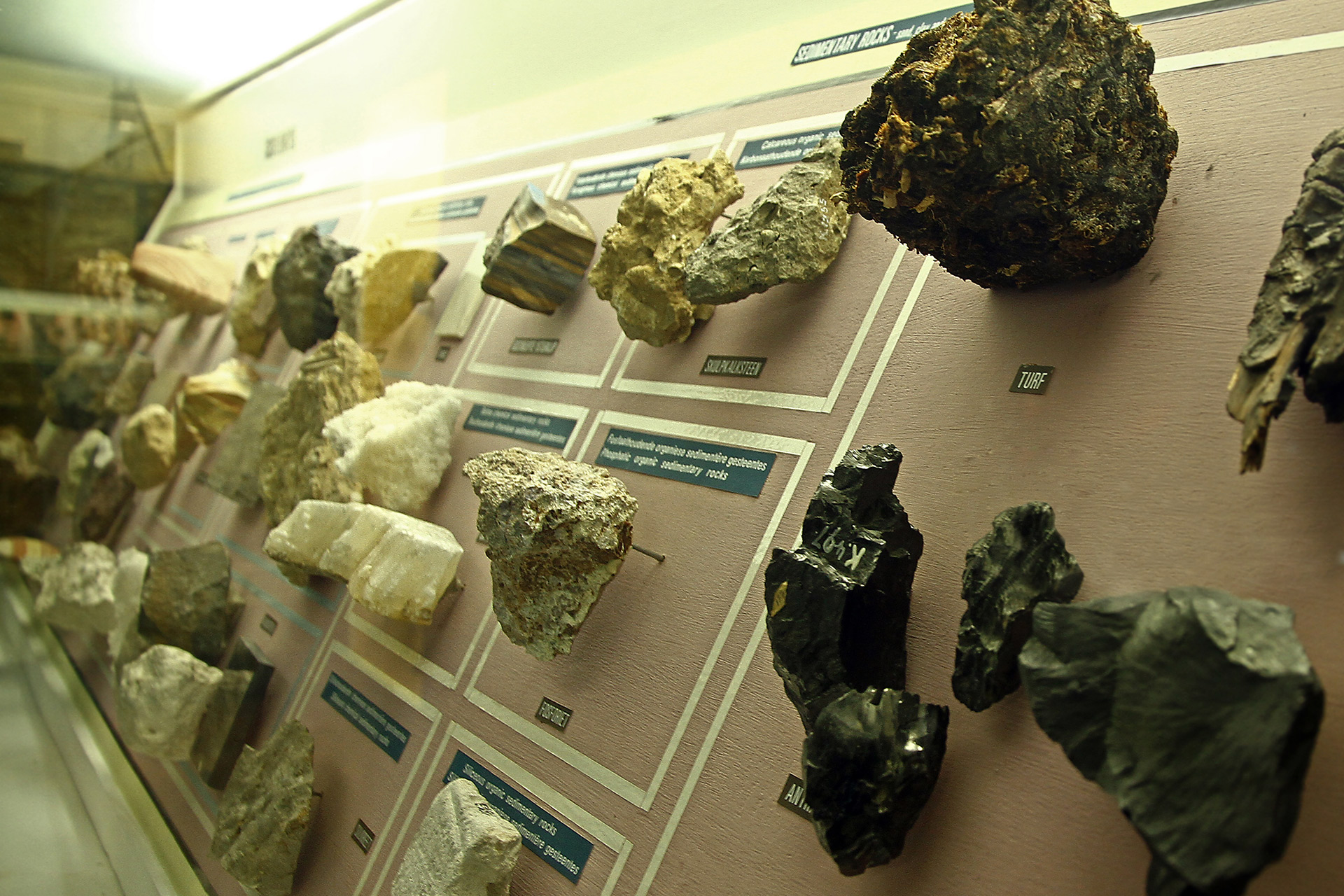 In the Geology Hall the Museum’s large and beautiful mineral collection is on display.  All rocks are composed of one or more minerals. Minerals are also important in many industries, while some form attractive crystals which are used in jewellery. 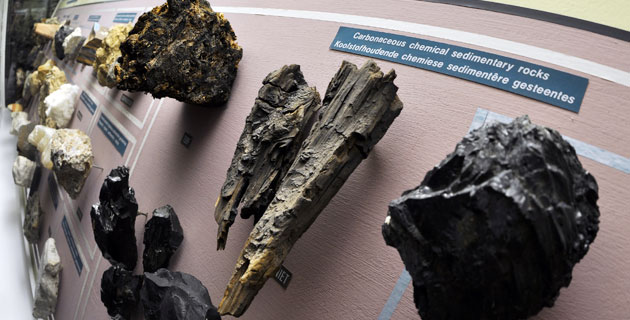 Rocks can be divided into three groups according to their origin. Igneous rocks ‘come from fire’, and were once molten rock (magma or lava). Sedimentary rocks were once sediments of sand, mud, calcium carbonate, etc. laid down mainly by wind and water. Metamorphic rocks are rocks that have been changed in physical structure and chemical composition by heat and pressure in the deeper layers of the Earth’s crust.  All these rocks are eventually revealed on the Earth’s surface by movements of the crust and by erosion. On display is a fully representative collection of each of these groups of rocks.

A model illustrates the different environments in which the various rocks, especially the sedimentary rocks, form. 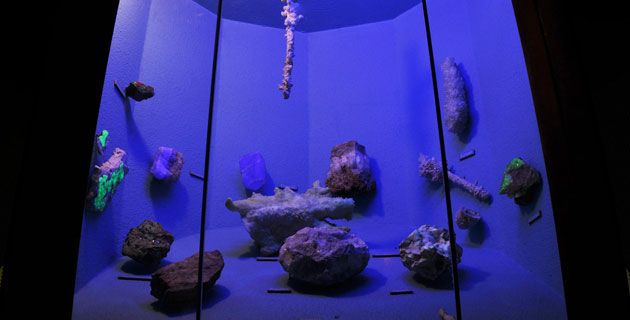 Fluorescent minerals are those which absorb ultraviolet light, which then causes them to glow by agitating (or energising) their atoms. There is a walk-in display of these, where a switch allows the viewer to choose whether to see the minerals in normal light or ultraviolet light. 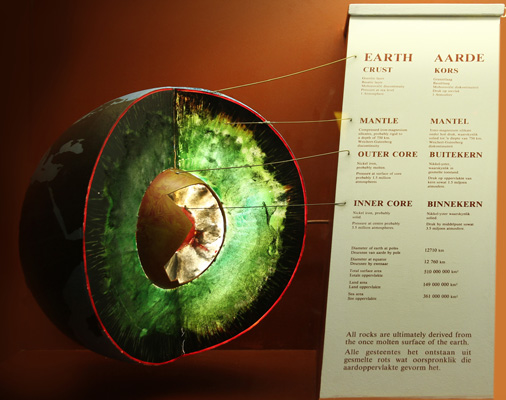 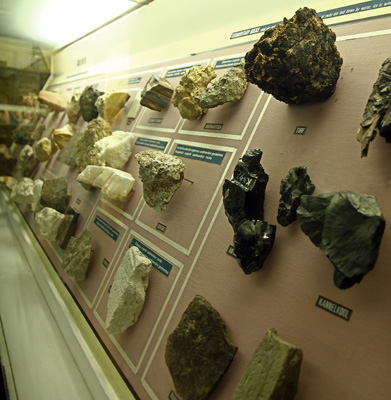 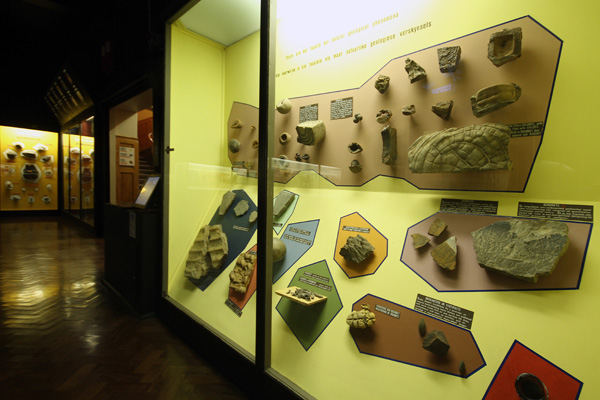