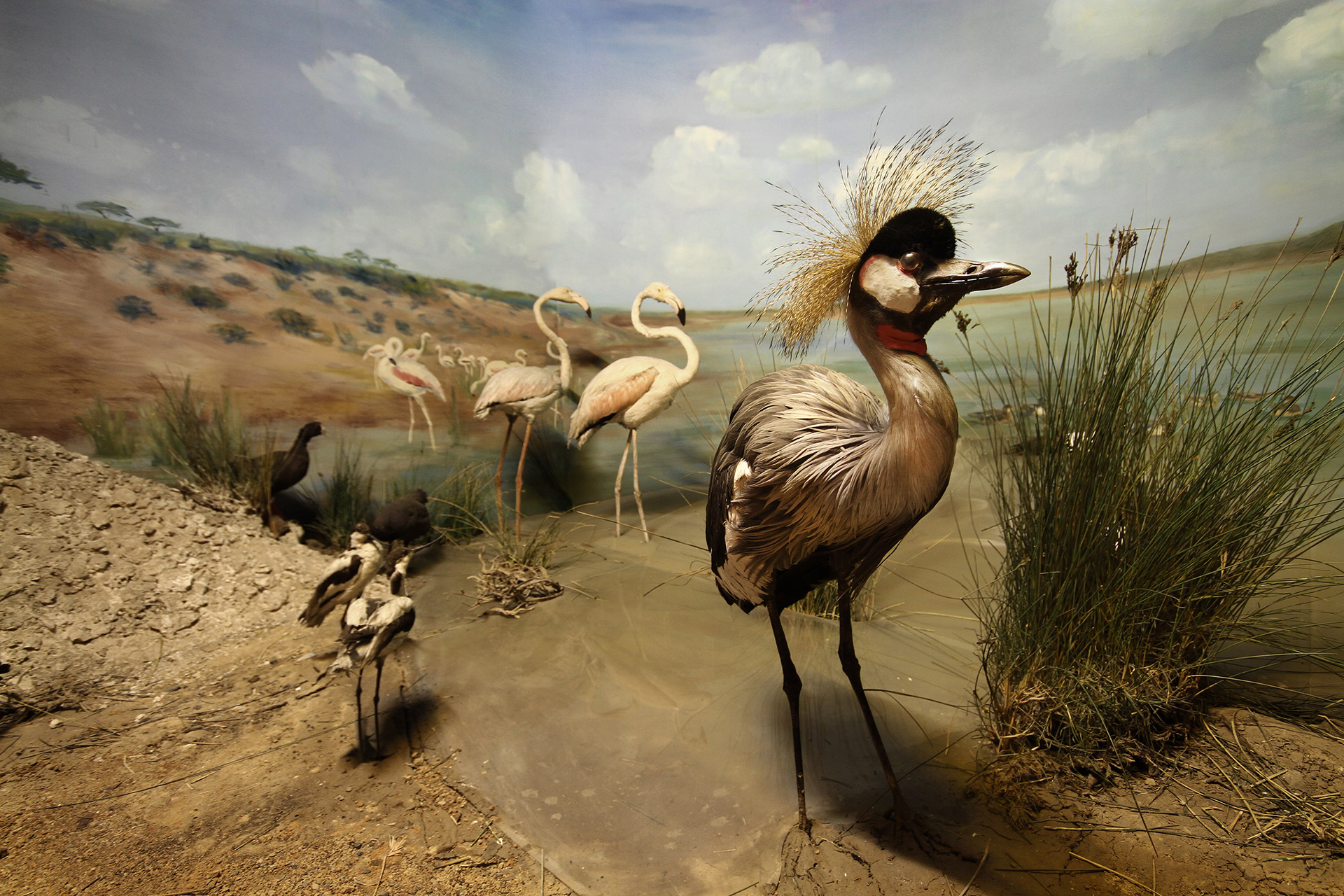 The “new” Bird Hall, opened in early 1988, focused on a more educational and theme-orientated approach rather than simply displaying numbers of mounted bird specimens in display cabinets. Just outside the entrance to the Hall is a display of larger raptor species that occur in the higher altitude mountain areas. 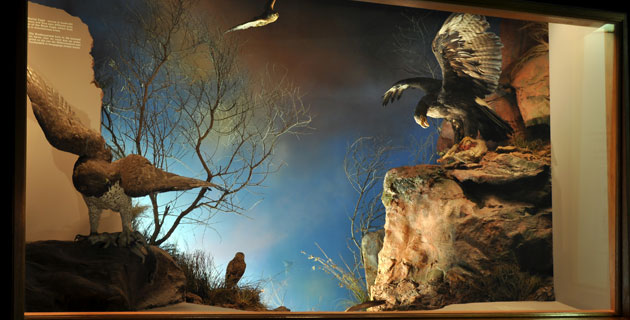 A display explaining adaptations of birds to an aerial lifestyle – their skeletal structure including lightweight, yet strong bones, is found at the entrance to the Hall, followed by examples of the different shapes of birds’ wings, adapted for different types of flying – gliding and soaring in vultures, long distance flying in swallows, fast flying in species such as goshawks, aerial mastery and exceptional manoeuvrability in species such as bee-eaters and fast and continuous flyers such as swifts.

Other displays in this Hall include those depicting the different shapes and comparative sizes of birds’ eggs, different types of nests – open versus closed – and the colouration of eggs laid in these nests, as well as the very different development of precocial and altricial chicks (the former hatch with eyes open, are fully covered in down and are able to run soon after hatching on strong, well-developed legs and feet, while the latter are naked, helpless and their eyes are not open on hatching). The process used by weavers in the construction of their unique, woven nests is also explained. Examples of loosely colonial nests of White-browed Sparrow-weavers and the large, colonial nest of Sociable Weavers are also displayed.

The value of birds of prey in keeping rodent and other prey populations in check is the focus of another display. 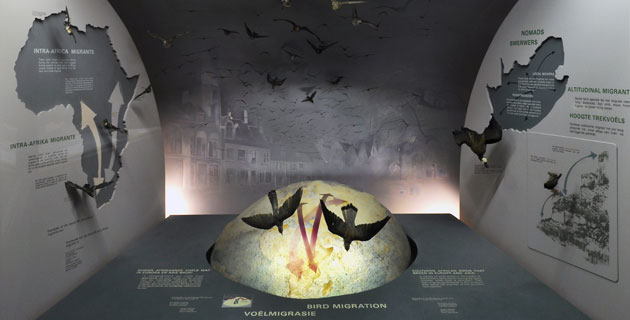 Different types of bird migration – Palaearctic, intra-African, altitudinal and nomadism – are explained using bird specimens mounted in flight and a display about bird ringing provides fascinating insights as to how this technique teaches us so much about bird movements and migration.

Information on and examples of local garden birds and flightless birds such as the Ostrich, Kiwi, Cassowary and penguins are also provided.

The introduction of sounds of locally-occurring bird species to the Hall adds to making a visit to this exhibition area truly memorable! 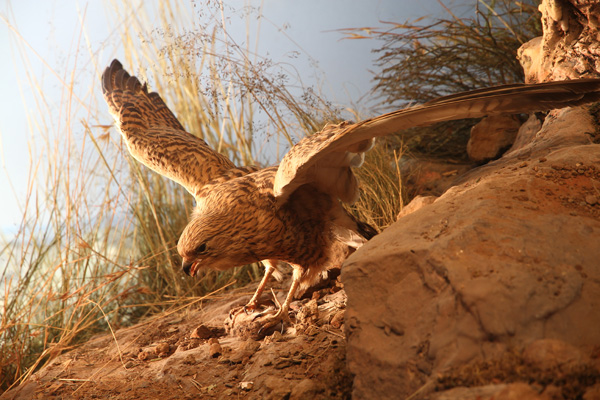 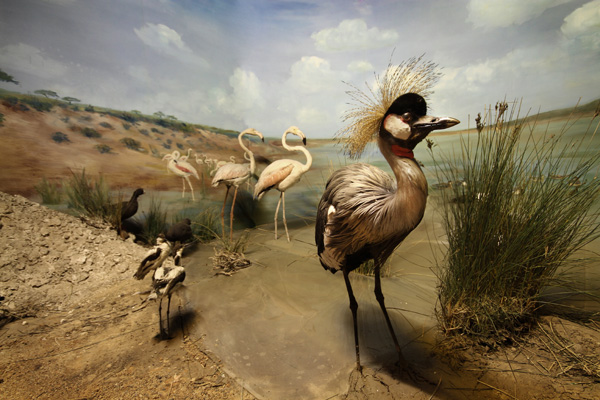