Welcome to the Bram Fischer trail

Bram Fischer, the well-known anti-apartheid activist and Afrikaner revolutionary, was not only born in Bloemfontein (1908) but he also died there (1975). Bram will forever be associated with Bloemfontein – the city where he grew up, where he went to school, where he studied and also visited often throughout his life.

To commemorate the opening of the new permanent Bram Fischer exhibition at the National Museum, a “Bram Fischer Trail” was compiled to indicate the location of all the buildings and sites in and near Bloemfontein that are associated with Bram. The trail consists of a map with photographs and a short description of each building and site. These include, among others, Harmonie, the Fischer family’s home in President Reitz Street, and Ramblers Club in Aliwal Street where Bram played for the Free State rugby team against the visiting All Blacks in 1928. 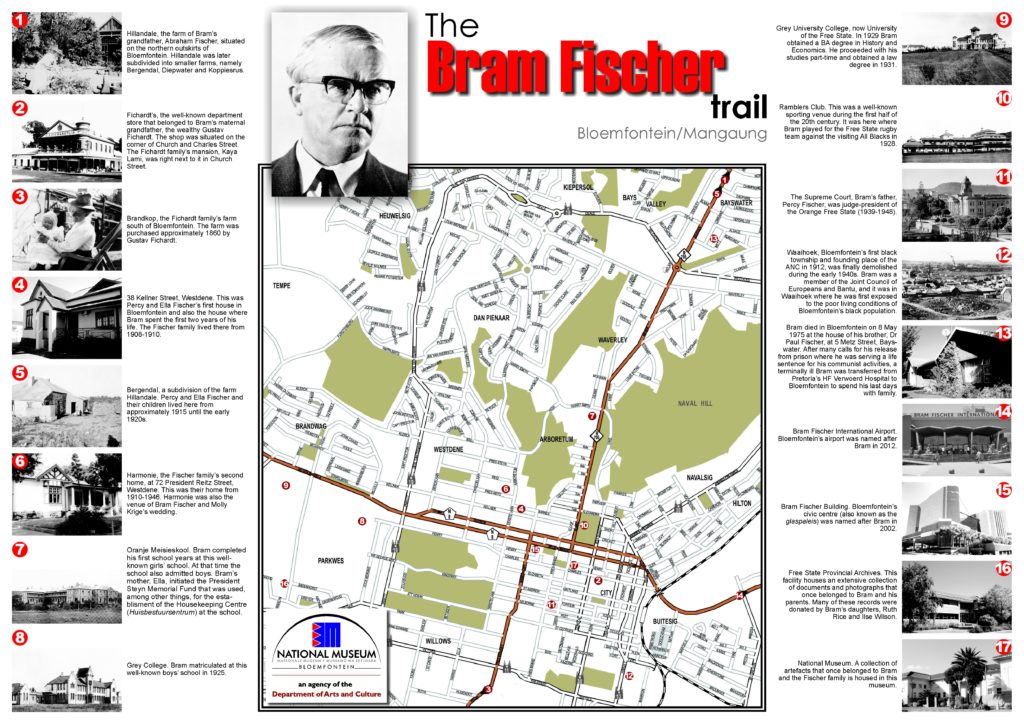